The gender pay gap at the UK’s top fintech companies is reportedly more than 30%, with women representing less than a third of total staff in the sector. So what are the main factors behind the gap? And how can fintech address the issues? Angela Peacock, CEO of diversity and inclusion training specialists PDT Global unpacks the gender pay gap issues underpinning the sector.

Behind most of the stated reasons for the gender pay gap is a group of people keen to preserve a status quo and a business environment that has served them well for years. We need to be explicit about the REAL reasons for the pay gap. The fact that two-thirds of the “privileged groups” in an organisation believe that diversity initiatives have no business impact at all – and 60% believe they will be overlooked for their next promotion in favour of a diverse candidate – should not be a secret known only to supporters of diversity initiatives. 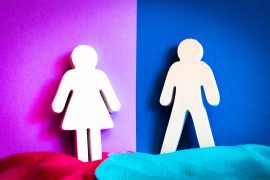 Bias is often hidden behind certain points in the employee lifecycle.

Facts like this show what a permafrost exists in the management ranks of organisations. Fintech leaders who say the right things but – when their bias comes calling fail to take action to support creating the environment that is needed for pay parity to exist – need to be both helped and “seriously encouraged” to do what needs to be done to move things forward. Part of the reason we have not managed to change things is we have not called out things like this before. We have to now – and loudly.

Bias is often hidden behind certain points in the employee lifecycle. Some companies have referral hiring schemes, for example, where you get paid for referring people you know into the organisation. Yet referral hiring is hugely biased. The fact that an individual knows you at all will give them a privilege when they apply for a job or attend an interview with your organisation. My argument is that everyone should have to go through the same portal. At no point should anybody flag that they are John’s godson or the daughter of the CEO when they come for an interview –and the candidate should also be given that advice. I can pass my affinity bias on to you just by referring a candidate that I approve of, so we absolutely shouldn’t be doing that.

We also need to ensure that the interview questions we ask are around the competencies we need and that they are scored. Very often interview questions and valuation criteria are not based on current performance – they are actually based on potential. And we know for a fact that men are able to see the future potential of another man far more easily than they can for a woman – which is why you very often see women scored down on things like evaluations of interviews, talent meetings and succession planning meetings. It should be on what you have actually done rather than a prediction of what you can do.

The other area that bias hides in is work allocation. When we think about who we want to put on a project, especially if it’s a client-driven project, we will go for the individual who we have the most confidence in – which, of course, will be the one we had affinity towards when they first came for interview. That person is likely to be someone who represents ourselves – so, again, we need to stop and think about every single project.

Shout about the business case for gender balance

Fintech leaders need to draw the line between wage parity, and attracting and retaining more females who make it to senior roles. However, grand statements have been around for years and make almost no difference to the permafrost layer of leaders making the decisions. Ask managers just what impact a gender-balanced team environment will have on their business outcomes specifically. Move that conversation to one that highlights the need for an inclusive environment where difference is not tolerated but encouraged to flourish. Have them be specific about just what effect this will have on their own business outcomes. If you are part of a team that is about to go through a merger or acquisition, for example, the process will happen faster with an inclusive environment where everyone is welcome and has the opportunity to succeed. Create an inclusive culture where a pay gap of any sort will close. But also give women a lot more opportunity within the organisation – otherwise they won’t stay.

Gender wage gap issues in terms of the “gender” and “gap” parts are measurable and are pure diversity elements. Creating an inclusive environment where everyone with the capability to succeed can do so – that is where the real work needs to be done in order to close the gap. All the rules, policies and process changes won’t work without it.

Given the fatigue around diversity that we know is happening – and the need to bring everybody with us – we really have to separate the diversity and inclusion conversations. When we talk about inclusion, we talk about being prepared to be more vulnerable and humble. We talk about creating a work environment where everyone with the capability to succeed can succeed. And this is not just about bringing in the minority groups – it is about giving strength and encouragement to some of the majority groups that don’t feel heard and looked after. 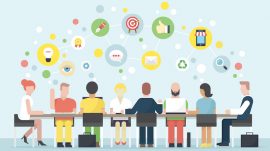 Very often, the work environments we are creating are damaging family life and health, particularly mental health. This affects everyone and when we flag that the environment we are looking to create is a positive one for everyone, we immediately do something that means members of the privileged group (often the straight, white males) see that there is something in it for them. When we do that, we have to mean it – everyone has to stick to the improvements in processes and everyone has to seek out diverse individuals to come and enrich their teams – but it’s seen as a huge positive rather than a negative.

If we want to close pay gaps and create fintech environments where women can flourish, we need to – for a period of time – separate the diversity and inclusion conversations. We also need to measure them separately. So, for example, performance management meetings should have questions for managers about what they have done to drive inclusion – and they would be very specific activities, such as speaking to their team about what the unwritten rules are in their organisation, and how they can be mitigated; looking at the unfounded biases that occur in a dynamic organisation and putting in processes to reduce them; and checking in that meetings are offering space for people to share, perhaps not by the usual “speaking up” methodology. This would be different from questions about what they have done to drive diversity – reaching out to different colleges, using gamification for recruitment, etc.

Diversity will probably run and run. But if fintech organisations go back to best practice culture change activity, a date can be put on the objective of having the inclusive element of culture fully absorbed into business as usual. That gives a real goal and a real ambition – and it could see the gender pay gap become a thing of the past.

The MD, Systemspecs, John Tani Obaro, on Why Nigerians need to use indigenous software.

What Sort Of Remittance Disruption Can Amazon Cause In Africa?

IoT: Visa, IBM in Alliance to Turn Billions of Connected Devices into PoS